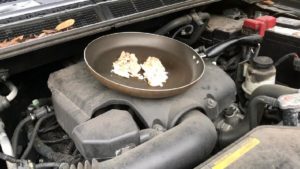 Disclosure: this post may contain affiliate links. As an Amazon Associate we earn from qualifying purchases.

Cooking during a camping spree is one of the vital activities that sometimes determines surviving in the wild or not. Most of the time we have a fire to cook but on some occasions one may not be in a position to do so and thus will be left wondering how to cook while camping without a fire.

Based on many years of camping experience coupled with research, I have found various methods to cook while camping without a fire. Some of these are very useful especially if one wants to cook inside a tent.

Cooking by fire has been considered a norm by most people while in the wild due to a number of obviously perceived advantages. These include scaring away some nosy wild animals, source of light, and warmth during the night.

It is economical as one uses the available resources in the forest among others. However, on a rainy day and a  site with campfire restrictions, staying without fire is inevitable needless to say the only option to consider. Let this not worry you anymore.

How to Cook While Camping Without Fire

The pre-cooked food recipes are considered old school but trust me in one way or the other, old is gold. You can boil eggs and carry them along to last you for days during breakfast. Away from this cliché way of doing things, let’s have a look at the flameless options and enjoy a warm meal.

Car engines can get pretty hot especially after a vehicle has been driven for a long distance. This heat can actually be used for cooking on a camping trip.

Cooking with a car engine is achievable when other options are not viable. If the engine is not already hot, revving the vehicle up or placing a weight in the gar pedal (stone or wooden block) while in parking position will heat the engine up.

Before using the engine, it’s important to confirm the gas level so that you do not run out of gas when cooking.

To use this technique turn on the car to heat the engine. Once the engine has reached a substantial temperature, turn off the engine and place the pan or wrap your food in foil and make sure the food is leak-proof while on the engine block. Riding the car idly for some minutes will maintain the heat required.

These heat packs  allows one to heat and cook the food through a chemically heated pouch. 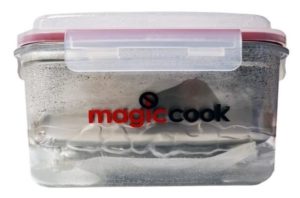 Some chemical heat packs  are very simple to use.

A chemical heat pack contains a pouch filled with water and chemical salt surrounding the pouch. When the pouch is broken the salt dissolves in water.

Dissolving rock salt (which is actually calcium chloride) into water is one method. As the salt dissolves, a chemical reaction takes place and heat is generated as calcium chloride dissolves into ionic parts.

The temperature in some good heat packs like these Magic Cook available on Amazon can reach up to 203 Degrees Fahrenheit and are very affordable.  The hot pack can maintain the heat for around twenty minutes.

Magnesium sulfate also generates the same amount of heat when the salt dissolves in water. The good thing is that most if these heat packs can work in various environments including snowy regions where lighting a wood fire would almost be impossible.

These heat packs also come in handy if you are wondering how to keep warm while camping without a fire especially with the widespread fire ban.

Most solar cookers are lightweight and foldable making them easy to bring on camping trips. 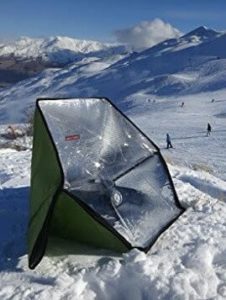 Using a solar cooker and ovens is cheap in the long run as it uses a free renewable energy source and doesn’t pollute the environment.

They come in a variety of shapes and sizes and are easy to use. To cook, set the solar oven in an area where there is an unobstructed view of the sun for several hours.

After placing your food inside, secure clear lid and clip on the reflector. There is no risk of burning the food as it acts as a slow cooker and retains all the wonderful flavors and nutrients.

Some of them connected to a solar panel can be charged and used later when needed. Solar ovens are okay for both vegetarian camping food and non-vegetarian too.

I recommend the Sunflair Solar Oven which is available on Amazon.

The heater makes use of the electron transfer process to generate heat. The heater consists of a bag lined with a fine powder of magnesium metal mixed with a little amount of table salt and iron.

It is activated by water to form an exothermic chemical reaction that can be used to heat food. It is simple to use as you open the bag, put the meal in a container, and place it inside.

Water is added until the marked water line is reached. Approximately 15 minutes the meal is ready. One should be cautious while removing the food from the bag due to the heat.

Flameless Ration Heaters are affordable too like this one we have been using on our mountaineering camping trips. You can grab one called Old Faithful Flameless Geyser Portable Cooking System on Amazon. 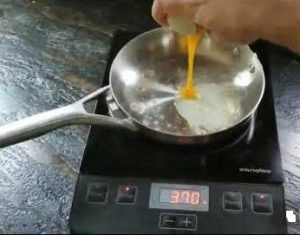 Portable electric stoves are safer to use as they have no gas leaks and do not emit hazardous gases such as carbon monoxide and nitrogen dioxide when cooking.

However, when cooking you will require a constant source of electricity such as a generator or a good battery throughout the cooking. Therefore, cannot be used in a camping site with no power or a generator or a battery.

I have been using the Sandoo Induction Cooktop due to it’s lightweight nature, good shape for backpacking, and easy to clean.

This is a modification of the very common food can in which there are two chambers, one surrounding the other. In one type, the food is placed in the innermost compartment while the chemicals to generate heat are in the outermost.

To heat the contents a ring on the can is pulled to break the barrier and heat from the reaction is absorbed by the food. A different can may have the chemical in the inner chamber and food or beverage in the outer chamber.

To heat, the user pushes on the bottom of the can to break the barrier. These cans are not used widespread as they are expensive.

Evaporation of the solution until crystals from a solution of sodium acetate. Then cool the solution and place it in a plastic bag alongside a thin metal. As crystallization happens on the metal and heat is generated.

This heat can be used for cooking while camping without a fire (i.e. a visible fire).

Where fire restrictions prohibit wood and charcoal fires, the use of a propane camp stove is widely used. It is quick to set up, of lightweight, and is easy to control the heat required.

To start cooking, always confirm the fuel is adequate. Connect the propane to the stove with a pipe connector. Use the igniter to light the stove and you are ready to cook.

I have always liked this Coleman Gas Camping Stove due to its durability.

Am pretty sure that after reading this you are no longer wondering how to cook while camping without fire. You can actually camp and cook without fire and make the best out of the camping experience.

By exploring these methods the user learns more. It is very important especially with the burn ban in most states.

It is good to remember that fully cooked foods that need to be reheated will not only be easier to heat but also will require little time to heat and eat. Rather than heating whole non-cooked foods.

Amazon and the Amazon logo are trademarks of Amazon.com, Inc, or its affiliates.