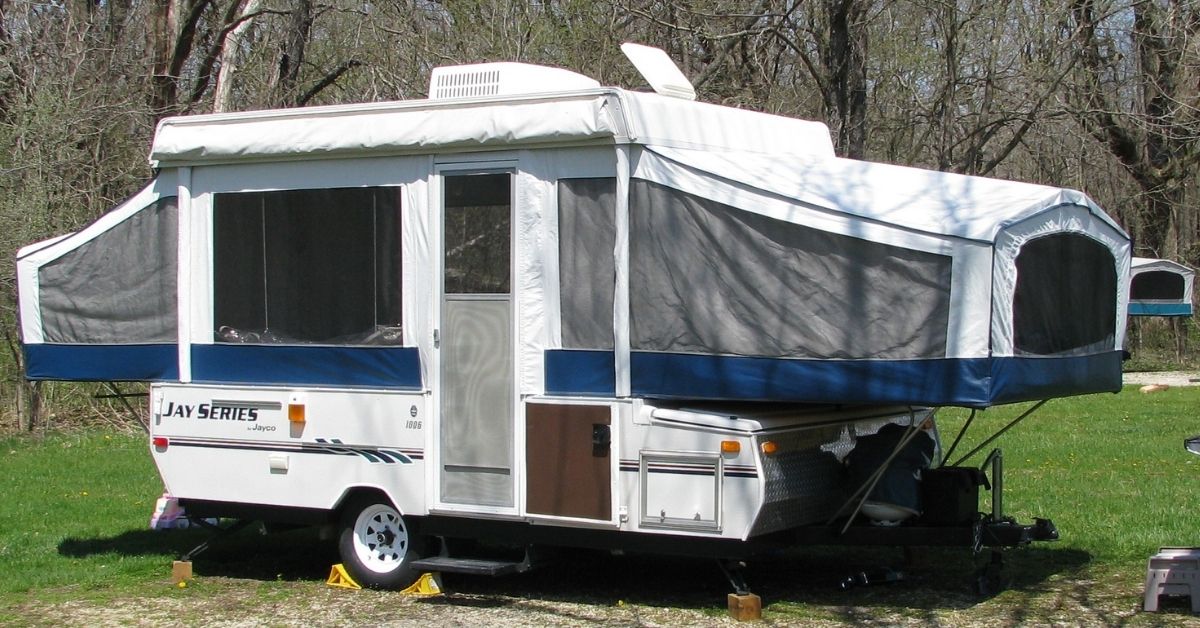 Pop-up campers are a  great alternative to RVs due to their lighter-weight and easy-to-tow feature. The other significant advantage of using pop-up campers is that it is significantly cheaper than RVs in price. It does not matter whether the pop-up camper is new, used, or rented; it is still going to be way cheaper than low range RVs. If you do not know about the price and benefits of a pop-up camper, then read the article to find out.

What Is A “Pop-Up Camper”

Pop-up campers are also known as fold-out campers. These are designed as a tow-behind trailer with a dedicated sleeping/living area. A Pop-Up Camper’s advantage over any standard travel trailer is that it’s roof can be folded down which makes it easier to tow and store.

What are Pop-Up Camper Average Costs?

A pop-up camper price can vary and change based on the chosen model, age, and whether it’s pre-owned or not. If we consider the average, a new pop-up camper can be anywhere between $10,000-$20,000 and even more if you go for a luxurious or extravagant model. Second hand or pre-owned campers are priced significantly less in the $2,000 to $10,000 range.

You can also rent a pop-up camper which generally comes around $30 a night depending on the location. Please note that it does not include insurance, deposits, and other additions.

If you consider the simple purchase price of a new pop-up camper, it falls between the $10,000 to $20,000 price range for standard models. The features and specifications are mainly responsible for the pricing difference.

If you opt for one in the lower range, you’ll get standard features like:-

In the lower range, the pop-up campers are also generally smaller but better than tents. At higher prices, along with more space, you will get some additional features like:-

Buying a new camper can be exciting, but there are some costs beyond the sticker price, which will also get added. These additional costs include:-

Pop-up campers are less expensive than RVs, but they can still require a lot of money. You can get loans for one with up to a 20-year term and an interest rate of about 5.5% and above. This means that if you take out loans for a pop-up camper,  you will be paying a significant amount of money as interest which will get added to your budget. When making the decision, make sure that you have the best possible interest rate with a long payout term so that the interest amount doesn’t affect you financially every year.

Pop-up camper insurance is an absolute necessity since it’s a pretty expensive thing that you will want to have covered. It will be lower than getting insurance for an RV, but it is still a cost to consider. On average, the insurance amount will cost you around $200 and $400 per year or about $16-$32 per month. The rates depend on certain things like location, insurance company, and so on. Again make sure you have the best deal before finalising the insurance. Read the terms and conditions carefully.

New Fold-out campers will also require regular maintenance so that they can be used for a long time. The maintenance depends on how often you use it and also on how durable the build of the model is. It’s safe to say that you will need repairs on it at least once a year.

A used or pre-owned pop-up camper will cost you significantly less than new ones. These will be offered at purchase prices between $2,000-$10,000. However, even they come with additional costs like new ones. You will still have to spend money on insurance and maintenance. However, since it is cheaper, you can save up and buy it without taking out a loan. You should also consider other factors which need to be kept in mind while buying a used camper. The depreciation value of a used camper depends on its age. A detailed account is given below.

If you want to buy a used pop-up camper, you should also consider the cost of depreciation. Fold-out campers, which are second hand also do lose value each year. The depreciation rates of these can be about 20% in the first year and 10% per year. This rate will be steady for around seven years after that. After its 8th birthday, the depreciation rate usually flat-lines.

We would definitely recommend you to check the National Automobile Dealers Association (NADA) value before finalizing any purchase.

Costs Of Renting A Pop-Up Camper

In addition to this, some rental companies can charge extra fees like a deposit (usually refundable), insurance, and cleaning fees. As far as deposits go, they are typically between $250-$500, while the rental insurance is mostly between 6-7% of the rental cost. A cleaning fee which can also be levied, will be at around $50-$100.

You can reduce your rental cost by: